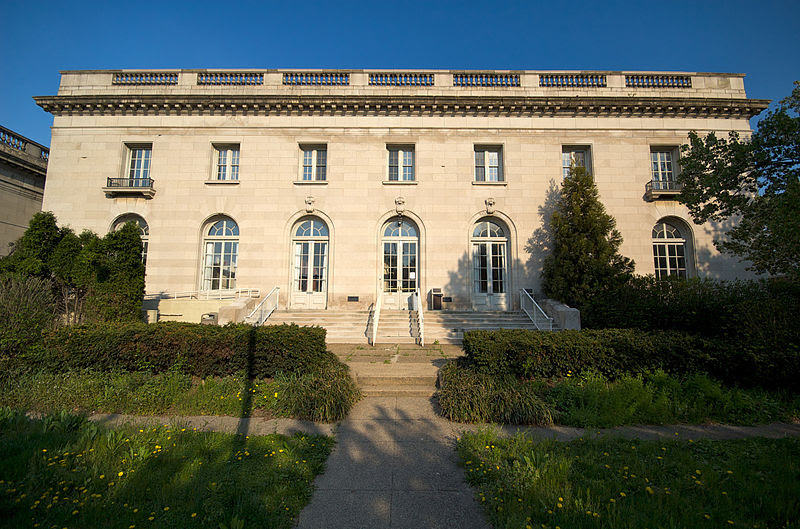 Here is an interesting find.

There's a small collection of old buildings on North Broad, just north of Temple University, at York Street. When I first saw them I assumed it was a bank on the corner, and the building recessed from the street was some Gilded Age nouveau riche's manse.

Ah! It turns out not. This small complex was actually, at the turn of the century, the location of Congregation Mikveh Israel, and the building set back from the street--the one that looks like a manse--a college founded by the synagogue's Gilded Age leaders. This college, Dropsie College for Hebrew and Cognate Studies, was actually, at one time, one of the premier centers for Jewish and antiquities studies in the United States. People such as Noam Chomsky's father taught there. Founded in 1907, it was, throughout its 79-year history, closely interlinked with Penn, and during the 1980s, after an arson attack, moved out of this handsome North Broad edifice to Lower Merion, and eventually merged with Penn, becoming the Center for Advanced Judaic Studies (CAJS). The Dropsie library is now a key part of Penn's Semitic studies library.

Below is an image of what it looks like today, from Google Street Maps, and here is also what Penn's librarians have to say about it (warning: PDF). Note that according to the 1942 WPA maps on PhilaGeoHistory, Dropsie College's address was 2321 North Broad, and the synagogue, 2359. A small institution, Gratz College, which may or may not have been attached to Dropsie, but was certainly attached to the synagogue, is also marked at 1340 W. York. 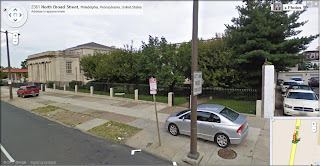